Well, this is one of the great questions, for which everybody would like an answer.  I’ve written about a number of things in this space, but unfortunately, the source of everyone’s back pain will not be one of them.  What I would like to impart to readers is a very common risk factor for low back injuries.

I’d suggest sitting down before you read on, but that would just add to your risk… that’s right, sitting for long periods of time is a risk factor for low back pain and injury. 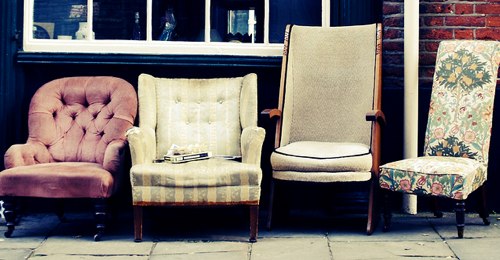 A recent study undertaken at the State University of New York at Buffalo determined that “the degraded force generating capacity of the fatigued muscles can be a significant risk factor for low back pain1.  The research showed that prolonged sitting causes creep (changing length) in muscles primarily responsible for posture and maintaining stability in the spine.  When the same muscles were recruited for lifting or carrying following sitting, they generated less force.  In other words, muscles that have stretched from prolonged sitting are weaker, less able to stabilize and move the spine, and more prone to injury.

Examples of how this phenomenon affects us include:

The key in all of these situations is that the back muscles are experiencing an increased demanded for force at a time when the muscle is least capable.  This is when injury can easily occur in these back muscles.

Simple Recommendations to Avoid Back Pain

For similar reasons, I frequently recommend that patients avoid twisting the torso while bending and lifting.  These actions put considerable strain on spinal muscles, because tissues are being asked to stabilize and move the spine simultaneously, increasing the risk of overloading the muscles.  Sitting for a long period before doing the same work only increases the risk of injury further.  So remember to take frequent breaks from prolonged sitting and give your muscles time to adjust when asking your back to do work following sitting.

The risks of warming the couch maybe even greater yet.  A newly published article described how prolonged sitting, even when adults participate in physical activity, is a factor for reduced lifespan2.  I will examine this topic in a later post.

Matthews Chiropractic Center
5.0
Based on 22 reviews

Matthew Stoddard
17:59 28 Jan 22
I was in serious pain and needed a chiropractor fast. My problem was that every doctor I could find wanted to loop you... into a yearly contract. Not Dr. Leibman! He told me to come in and he'd assess my issue with absolutely zero pressure to come back again. Well, as of this message, I've now visited six times and will keep coming back for more. On top of the friendly, zero pressure atmosphere that exists in his office, his skills are top notch and will make all the difference in the world. If you're in pain and need service and attention worth significantly more than you'll pay for, then Dr. Leibman is the chiropractor for you.read more

BONEBREAKER 1227
02:45 07 Mar 21
Dr has been helping me out a lot with my back and muscle pain due to heavy lifting and running. If you are an athlete... and you want to feel better before a game or practice then he’s the guy.read more

Shelley Duke
12:11 22 Feb 21
My husband went to several Dr.’s including Ortho Carolina . He was in pain got months! He went to see Dr. L and was... referred to a surgeon, due to Dr. Leibmans findings. Excellent Chiropractor!read more

Tony Patel
02:19 18 Feb 21
Nice friendly Dr makes you feel comfortable from the moment you speak to him. Takes time to listen to your complaints

N LA
21:03 12 Jan 21
Exceeded expectations! The best chiro ever! Dr. Matthews is friendly, humble, professional and very knowledgeable. I... was in Matthews temporary with various body pain. He was able adjust my body despite how stubborn it was. Pain was gone and I was able to resume my daily activities. I have been to many other chiros prior but Dr. Matthews stands on top of all of them. Outstanding care, flexible appointments and an amazing front desk service ( Destiny is awesome!) . I will def go back again and recommend Matthews Chiropractic Center.read more

debra kraemer
22:54 03 Nov 20
Dr Matt and staff are super attentive. Recovery from an auto accident was made so much easier. Genuinely concerned... about your well-being.read more

Pretty Stitches Boutique
13:39 04 Aug 20
They never answer calls nor do they return phone calls!Update....in the response it was stated I would receive a call... on Monday....They never called nor answered the phone when I called. It is now Tuesday 8/4/20.read more

Joshua Erlien
16:56 17 Jan 20
Dr. Leibman is fantastic. I have been helped greatly. The first time I came to see him, my hands were falling asleep... when I laid on my back. He is very knowledgeable and helps you take charge of your health. He is super patient with all my questions. And the location is right in Matthews. Go here. There is no pressure from him or staff, just the help you need.read more

Robert Traficanti
02:49 19 Oct 19
Dr. Liebman is amazing! I was not a big believer in chiropractors but I pulled a muscle in my back while working and... the pain was so intense I could barely even walk. I seriously considered going to the ER but my wife found Dr. L. and he was able to see me right away. After my first visit I could stand up straight and walk. Three days later, after my second visit, I barely had any pain, and by the third visit I was amazed--the pain was gone!I am now a firm believer that Dr L. is the real deal and highly recommend him! I can't tell you how many times I've suffered with back pain when I could have just gone and had him take care of me. He is now on my favorites list and I will be calling him often! GREAT STAFF! GREAT SERVICE!read more

Victoria Smith
13:02 02 Oct 19
Dr Leibman is the best doctor ever. I am with this practice for over 5 years now. When they moved to new location I... was very upset I couldn’t find them. Glad they couldn’t hide from me :)read more

C P
12:40 30 Aug 19
Neen going to Dr.Liebman since i found out i was pregnant with my twin boys! Prices are fair and customer is... exceptional!read more

A Google User
04:17 31 Jul 19
I've seen Dr. Matt for almost 20 years. In the early years he helped diagnose and care for some nerve compression then... we transitioned into a wellness program that has kept me in good alignment ever sense. He's personable, friendly, listens, will do what he can to help and has a broad network of people he can refer you to if he can't. I love having Dr. Leibman in my corner.read more

Andy Ciordia
04:17 31 Jul 19
I've seen Dr. Matt for almost 20 years. In the early years he helped diagnose and care for some nerve compression then... we transitioned into a wellness program that has kept me in good alignment ever sense. He's personable, friendly, listens, will do what he can to help and has a broad network of people he can refer you to if he can't. I love having Dr. Leibman in my corner.read more